Interactive Virtual Environments: from the Laboratory to the Field

Virtual reality technology has the potential to change the way information is retrieved, processed and shared, making it possible to merge several layers of knowledge in a coherent space that can be comprehensively queried and explored. In realizing this potential, the human-computer interface plays a crucial role. Humans learn and perceive by following an interactive process, but the interaction occurs in different places and contexts, between people, and with people. Accordingly, the interactive system components have to be tailored to the application and its users, targeting robustness, multimodality and familiarity. In this presentation I aim to explore the promise and challenges of interactive virtual technologies by discussing generally the design and the evaluation results of selected real-world applications, developed by multi-disciplinary research groups, in very different domains, ranging from medicine and finance to the cultural heritage.

Luigi Gallo is a Research Scientist at the National Research Council of Italy (CNR) – Institute for High-Performance Computing and Networking (ICAR). He graduated in 2006 in Computer Engineering, and received a PhD degree in Information Technology Engineering in 2010. Between 2012 and 2018, he worked as an Adjunct Professor of Informatics at the University of Naples “Federico II”. He holds leadership roles within nationally funded research projects dealing with the development of ICT solutions for medical, financial and cultural heritage applications. His fields of interest include computer vision, natural user interfaces and the human interface aspects of virtual and augmented reality. He has authored and co-authored more than 90 publications in international journals, conference proceedings and book chapters, and serves on the organizing committee of several international conferences and workshops. 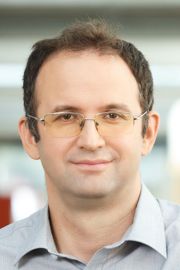 Computer Vision as an Enabling Technology for Interactive Systems

Computer vision research has made a tremendous progress in recent years. Solutions for object detection and classification, semantic segmentation, visual tracking and other computer vision tasks have become readily available. Most importantly, these solutions have become more general and robust, allowing for a significantly broader use of computer vision. Applications are less limited to constrained environments and are getting ready to be used in the wild. Efficient, robust and accurate interpretation of scenes is also a key requirement of advanced interactive systems as well as augmented and mixed reality applications. Efficient understanding of scenes in 2D as well as in 3D and detection of key semantic elements in images allow for a wider use of such systems and more intelligent interaction with a user. In this talk I will present some recent achievements in developing core computer vision algorithms as well as application of these algorithms for interaction between a human, real environment and virtual world.

Danijel Skočaj is an associate professor at the University of Ljubljana, Faculty of Computer and Information Science. He is the head of the Visual Cognitive Systems Laboratory. He has obtained the Ph.D. in computer and information science from the University of Ljubljana in 2003. His main research interests lie in the fields of computer vision, machine learning, and cognitive robotics; he is involved in basic and applied research in visually enabled cognitive systems, with emphasis on visual learning, recognition, and segmentation. He is also interested in the ethical aspect of artificial intelligence. He has lead or collaborated in a number of research projects, such as EU projects (CogX, CoSy, CogVis), national projects (DIVID, GOSTOP, VILLarD), and several industry-funded projects. He has served as the president of the IEEE Slovenia Computer Society, and the president of the Slovenian Pattern Recognition Society.

In the last two decades, Augmented Reality (AR) has gained great interest in the technical-scientific community and much effort has been done to overcome its limitations in daily use. Main industrial operations where AR is applied are training, inspections, diagnostics, assembly-disassembly, and repair. These operations usually require the user hands to be free from the AR device controller. Despite hands-held devices, such as tablets, smart glasses can guarantee hands-free operations with their high wearability. The combination of AR with a Brain-Computer Interface (BCI) can provide the solution: BCI is capable of interpreting human intentions by measuring user neuronal activity. In this talk, most interesting results of this technological research effort, as well as its further most recent developments, are reviewed. In particular, after a short survey on research at University of Naples Federico II in cooperation with CERN, the presentation focuses mainly on state-of-the-art research on a wearable monitoring system. AR glasses are integrated with a trainingless non-invasive single-channel BCI, for inspection in the framework of Industry 4.0. A case study at CERN for robotic inspection in hazardous sites is also reported.

Pasquale Arpaia took a Master’s Degree and PhD in Electrical Engineering at University of Naples Federico II (Italy), where he is full professor of Instrumentation and Measurements. He is also Team Manager at European Organization for Nuclear Research (CERN). He is Associate Editor of the Institute of Physics Journal of Instrumentation, Elsevier Journal Computer Standards & Interfaces, MDPI Instruments. He is Editor at Momentum Press of the Book Collection “Emerging Technologies in Measurements, Instrumentation, and Sensors”. In last years, he was scientific responsible of more than 30 awarded research projects in cooperation with industry, with related patents and international licences, and funded 4 academic spin off companies. He acted as scientific evaluator in several international research call panels. He has served as organizing and scientific committee member in several IEEE and IMEKO Conferences. He has been plenary speaker in several scientific conferences. His main research interests include digital instrumentation and measurement techniques for particle accelerators, evolutionary diagnostics, distributed measurement systems, ADC modelling and testing.