The SALENTO AVR 2015 will take place in the Monastery of the Olivetani, adjacent to the Church of Saints Nicolò and Cataldo.

The monastery was probably built between 1171 and 1174 for the order of Benedictine blacks. In 1559 was built the new cloister with double columns, which was enhanced by the addition of a well canopy supported by spiral Corinthian columns. This work was entrusted to Gabriele Riccardi. Of particular relevance are the traces of frescoes depicting episodes of monastic life. 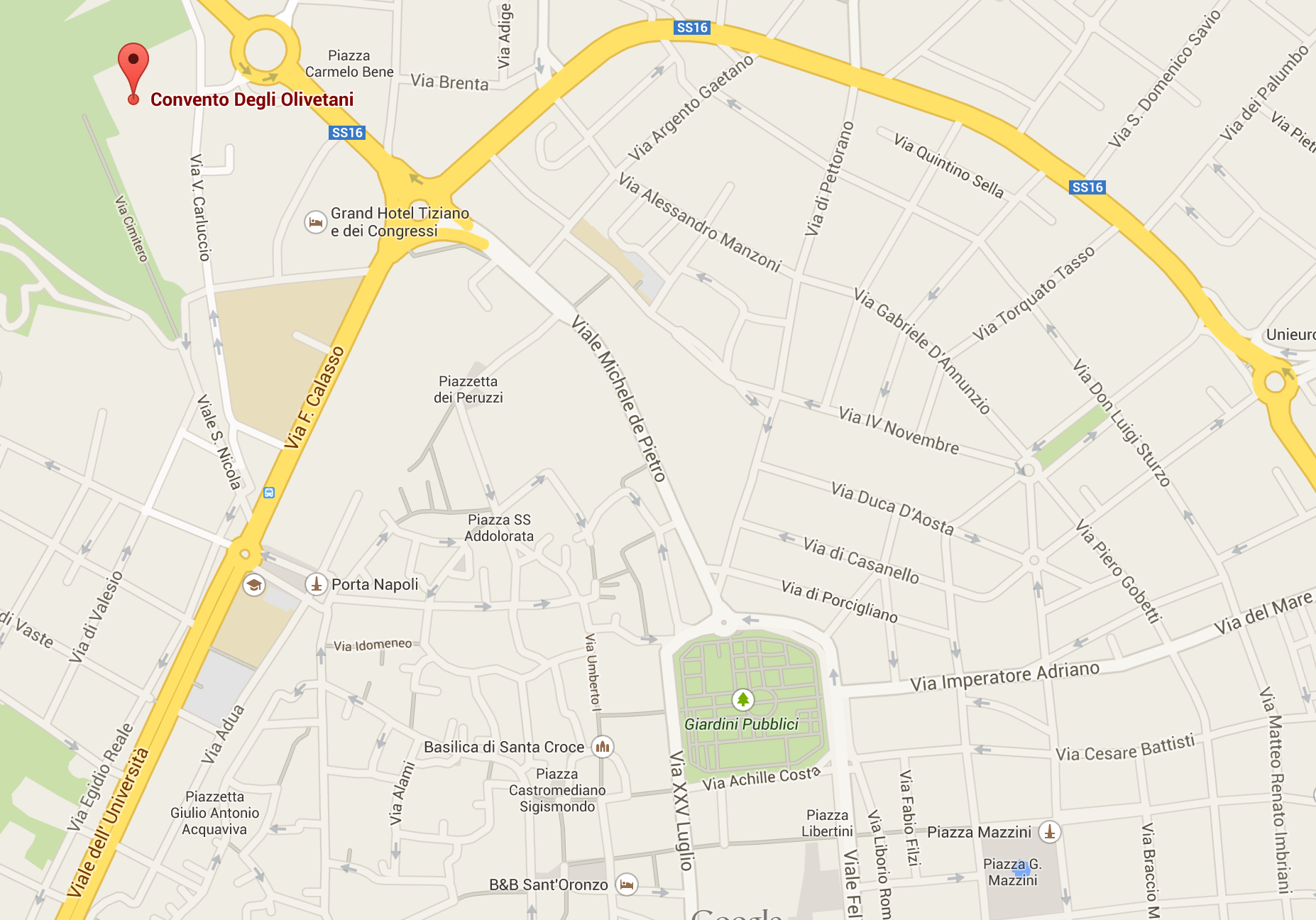