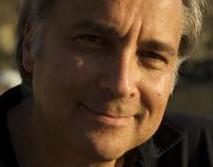 The concept of physical space has been recently juxtaposed to other digital entities like Augmented or Mixed Realities. Presumably, such new spaces will be occupied not only by digital objects but also by the digital equivalent of human beings, i.e. virtual humans. How present research in robotics and AI is going to define the behavior of humanoid robots, androids and virtual humans is something that can be formulated also in terms of ethical and social terms. The class provides a general picture on how the interaction between human beings and artificial entities can be foreseen on the basis of present technology development.An excursus on the different approaches to design cognitive architecture for virtual humans in provided.

Massimo Bergamasco is Professor of Theory of Mechanisms and Machines at the Scuola Superiore Sant’Anna, Pisa, Italy. At present he is the President of the ARTES 4.0 (Advanced Robotics and enabling digital Technologies & Systems 4.0) Competence Center in the framework of the Industry 4.0 of the Italian Ministry for Economic Development. He has been the founder of the Perceptual Robotics Laboratory. His research activity deals with the study and development of haptic interfaces and wearable robots for the control of the interaction between humans and Virtual Environments. His present research is focused on general aspects of perception and cognitive processes in the field of embodiment and humanoid robotics. 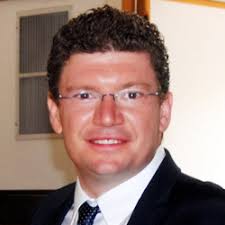 Artificial intelligence is reshaping the way we manage and create multimedia 2D and 3D contents in AR and VR experiences. The talk will start from modern AI models that have gotten incredibly good at doing many of the things required to build AR experiences. Deep Neural Networks can detect vertical and horizontal planes, estimate depth and segment images and point clouds for realistic occlusion and meaningful content generator, and even infer 3D positions of objects in real-time. Because of these abilities, AI models are replacing some of the more traditional computer vision approaches underpinning AR experiences. On the other hand Generative Adversarial Networks can help on the creation of virtual contents or realistic human behaviors, useful for advanced VR experiences.

Emanuele Frontoni is Professor of “Fondamenti di Informatica” and “Computer Vision” at the Università Politecnica delle Marche, Engineering Faculty. He received the doctoral degree in electronic engineering from the University of Ancona, Italy, in 2003. In the same year he joined the Dept. of Ingegneria Informatica, Gestionale e dell’Automazione (DIIGA) at the Università Politecnica delle Marche, as a Ph.D. student in “Intelligent Artificial Systems”. He obtained his PhD in 2006 discussing a thesis on Vision Based Robotics. His research focuses on applying computer science, artificial intelligence and computer vision techniques to mobile robots and innovative IT applications. He is a member of IEEE and AI*IA, the Italian Association for Artificial Intelligence.

Virtual Reality technologies are demonstrating their clinical utility for neurorehabilitation. In this talk, the scientific and clinical basis of the use of VR in neurorehabilitation as well as current uses and future trends will be presented. The concept of virtual reality based behavioral biomarkers will be introduced as a convergent concept of areas such as virtual reality, machine learning and computational psychiatry.

Mariano Alcañiz is full Professor at the Polytechnic University of Valencia (Spain) and Director of the European Laboratory of Immersive Neurotechnologies (LabLENI). His research interest is to understand human social cognition using emerging technologies end ecologically valid mixed reality based simulations. He has published more than 300 scientific articles and has coordinated several European projects related to the area. LabLENI focuses its research activity in the integration of virtual environments with applied neuroscience techniques to better understand human behavior in fields such as mental health, marketing, human resources or education.

European population is increasingly ageing. The median age in Europe will increase from 37.7 in 2003 to 52 by 2050. The increment in proportion of the retired population is expected to have significant social and economic impacts. In order to keep autonomy and wellbeing a proper configuration (in terms of architecture and technologies) of the elderlies living environment can be very effective. This objective is fundamental in order to reduce the re-hospitalisation rate that is part of the societal challenge. On the other end Mixed Reality technologies have the potential to augment the human skill in terms of perception and planning. The talk will report on the use of MR technologies that, within Ausilia (Assisted Unit for Simulating Independent LIving Activities), are enabling the augmentation of physician eyes to properly configure the living environment around the user needs/abilities. We will start from the Occupational Therapy context to show Augmented Virtuality and Augmented Reality IoT infrastructures able to accomplish the above goal.

Mariolino De Cecco is Professor of “Mechanical and Thermal Measurements” and “Robotics Perception and Action” at the University of Trento. Co-Investigator of OSIRIS (ROSETTA – ESA Cornerstone Mission), he is in the steering committee of the project Ausilia. Co-founder of Robosense Srl. Participated in several international projects (FP7, H2020, Eureka, ESA, EIT). His research focuses on Measurements, Mobile Robotics, 3D Computer Vision, Action recognition and Mixed Reality.

Since 2015 Full Professor at the University os Siena. From 2002 to 2015 Associate Professor of Robotics at the University of Siena. Since 2009 Scientific Consultant at Istituto Italiano di Tecnoloogia, Genova Italy. In 1994, Visiting Scientist at the MIT AI Lab. M.S. degree in Electronics Engineering and the Ph.D. degree in Robotics and Automation from the University of Pisa in 1991 and 1995, respectively. Research interests are in haptics, grasping, visual servoing, mobile robotics and geometric control.